Home English Box Office Alia Bhatt makes bold statements​!
Star actress, Alia Bhatt has been going supremely well in her career. Whatever she does and speaks becomes a huge headline. Recently, she was trolled for forgetting the name of Indian president.

Now, she has once again made news for revealing some dirty secrets of her. Speaking to a leading daily Alia revealed about some of her favorite sex positions and also said that she would always want to know the passwords set by her boyfriend on his phone.

This is quite a revelation isn’t it. Alia is busy with so many projects in hand and is the cynosure of all eyes for her bold statements that she makes. Let’s see how her boyfriend Siddharth Malhotra reacts to all this dirty talk. 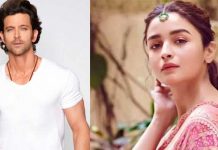 Venky In Search Of A Director