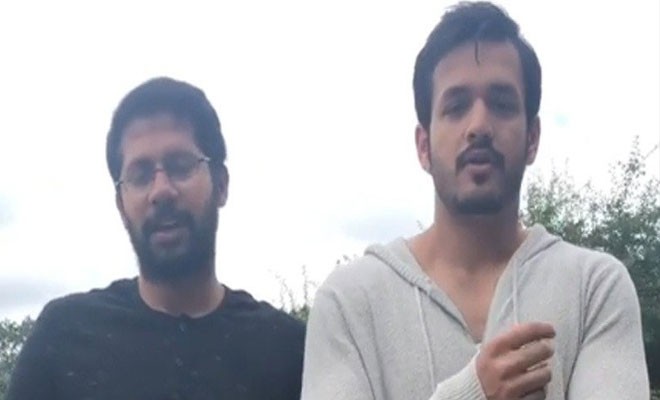 Akhil Akkineni has teamed up with Venky Atluri, Tholi Prema fame director. The team is currently filming in London and rumours flew thick and fast that Akhil had “creative difference” with director Venky. Over this, the director has called off the shoot as per reports Akhil also interferes in the technical part and giving unsolicited suggestions. However, Akhil has posted a video himself with Venky laughing off at the rumours. The video ends with Akhil planting a kiss on Venky’s cheek and running off. The caption reads, “Our dose of humour for the day. No hard feelings intended. Just PURE fun”.

Have a look at the video:

Our dose of humour for the day. No hard feelings intended. Just PURE fun✌🏻😎✌🏻cheers @venky_atluri

Akhil was last seen in Hello which gave him the required hit at the box-office. Recently reports surfaced that he would team up with Ram Gopal Varma, but the actor has denied it apparently after Officer became dud at the box-office.

Actress was asked to change her body unnaturally