Popular anchor Prasanthi has landed up in legal trouble as a case was filed on her for behaving inappropriately during a cricket match at the Rajiv Gandhi International Stadium in Hyderabad. If we get into the story, Prasanthi attended the match between Sunrisers Hyderabad and Kolkata Knight Riders, which was held yesterday. 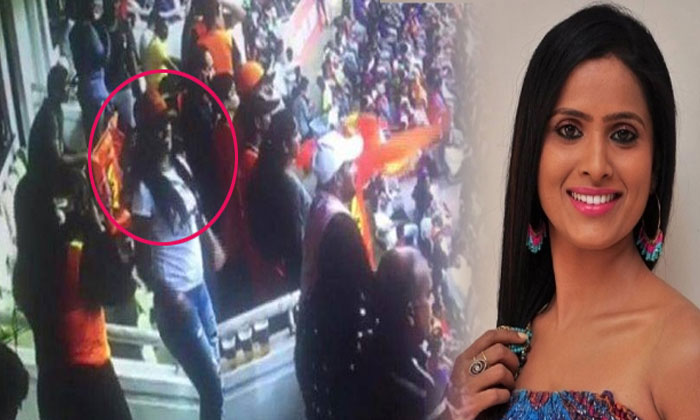 During the match, she was seen cheering for team SRh, along with her friends. Sometimes, she jumped on the back of her friend. He also clicked some pictures carrying her on his back. All this was recorded on the CCTV of the stadium. Today, Santosh Upadhyay, the vice president of Bharat Financial Inclusion, filed a case on her.

He stated that her behaviour was unruly and it is not accepted in the public areas. After watching the CCTV footage of the stadium, the cops have filed a case on Prasanthi and she presented herself before the cops and is said to have apologized for the off behaviour.