Stylish Star Allu Arjun has reportedly signed in Vikram Kumar film of Manam fame. The film is touted be an action entertainer and buzz is that Vikram is in talks with Hollywood technicians. If that made you go wow, then there’s another interesting tidbit for you. Buzz is that Vikram is trying to rope in Oscar Award winning music director AR Rahman, with whom he shares a great rapport, and has already worked in Tamil film 24. But an official confirmation about AR Rahman’s affirmation is to be made. Allu Arjun would be essaying dual roles in the action film ,is the buzz. 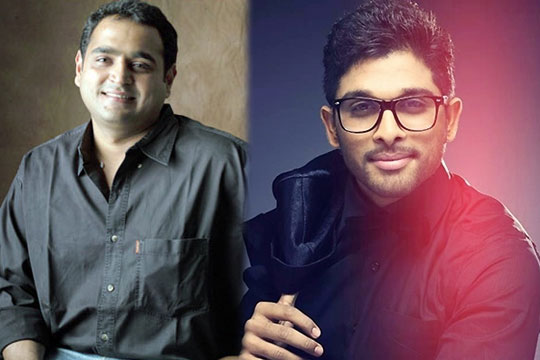 The film will be produced by DVV Danayya under his banner DVV Entertainments. Bunny’s last venture Naa Peru Surya Naa Illu India didn’t fare well at the box-office, directed by Vakkantham Vamsi, who turned from screenwriter to direction department for the first time.