Finally, the shooting part of Baahubali 2 has come to an end. After the staggering shoot for more than three and half years, the team is set to wrap up today. Already, Prabhas has finished his part last night and today the remaining parts will also be finished. After this, director SS Rajamouli will focus on post-production works. Meanwhile, the makers are planning for a surprise.

If the latest buzz is anything to go by, the first teaser of Baahubali 2 will be attached to Raees. Thus, we might get a glimpse of Maahishmati world on January 25. This is indeed a big news as this is the first ever video teaser of the second installment. The film is slated for a grand release on 28th April. 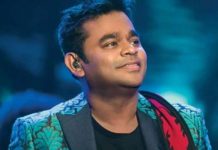