India’s biggest motion picture, Baahubali is continuing to create new records not only in the South but also in the northern arena. It is known that ace director Karan Johar, who had produced Baabhubali in Hindi, has even acquired the Hindi rights of the sequel Baahubali: The Conclusion. Now, the Hindi satellite rights of the film were sold for a massive price.

The Hindi satellite rights of Baahubali 2 were bagged by Sony Network for Rs. 51 crores. This is the highest ever price for a dubbed movie in the history of Hindi Cinema. Even Salman Khan’s latest blockbuster Sultan was sold for Rs. 50 crores for the same Sony TV.  This proves the stamina of this epic in the market. Let us see how many other records will it break in the near future. 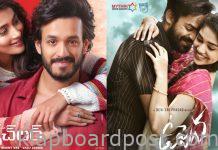