Farhan Akhtar and Shibani Dandekar are the newest talked about couple in Bollywood. While the couple previoulsy remianed tight-lipped about their relationship but it looks like the couple is having no holds barred. WIth their recent PDA during getaway in MExico it has raised eyebrows leaving Farhan’s family upset. 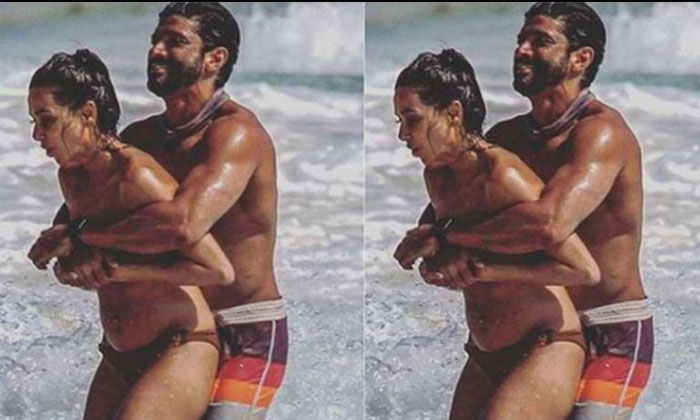 A source says that Farhan was not so demonstartaive towards his first wife Adhuna leaving his famnily wondering what is happenieng with him. “Farhan is a father of two growing-up daughters. He has every right to be happy in life. But this sudden spurt of PDA with his girlfriend is most uncharacteristic,” adds the source.

It is laernt that Farhan who used to catch up with his friends i non-working days is giving them a miss. Apparently, he is spending all his time with his new love -Shibani. With both going strong in their relationship lookslike wedding belles are near for the couple.