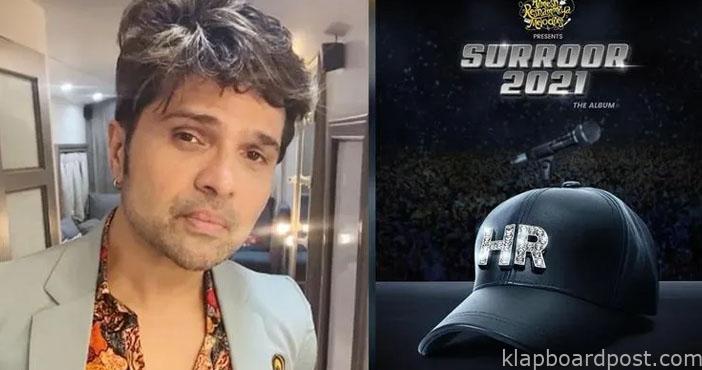 The video shows Himesh Reshammiya in two different looks — the ‘rockstar’ wearing his trademark cap and the ‘businessman’ who only wears chest-baring outfits. Himesh, the rockstar, focuses on the performance aspect — he sits atop a giant pink stack of speakers and sings, as women twerk and dance around him, with confetti falling from the sky. In the second half of the video, he performs at a stadium with stock shots of cheering crowds.

Meanwhile, Himesh, the businessman, has a romantic track with Uditi Singh. He serenades her in the desert before taking off in a hot air balloon with her. They are also a part of the audience at ‘rockstar’ Himesh’s concert.

The video ends with ‘rockstar’ Himesh staring at the CGI sky and fireworks, as a woman walks up to him and rests her head on his shoulder. The text on the screen introduces her as ‘rockstar’s wife’ and says ‘to be continued’. Himesh is currently a judge on Indian Idol 12. He was last seen on the big screen in last year’s Happy Hardy and Heer, in which he played a double role.