DMK chief and former Tamil Nadu chief minister Karunanidhi’s who is admitted at the Kauvery hospital in Chennai’s Alwarpet is limping back to normalcy. “There was a transient setback in the clinical condition of Kalaignar Dr.M. Karunanidhi, DMK president and former Chief Minister of Tamil Nadu. With active medical support, his vital signs are normalising. He continues to be closely monitored and treated by the panel of expert doctors,” a medical bulletin issued by Dr. Aravindan Selvaraj, executive director, Kauvery Hospital, said.

As Chennai came to standstill, Chennai’s Anna University has announced holiday for all its educational institutions and issued a statement with regard to this. Here’s the copy of the issue statement. 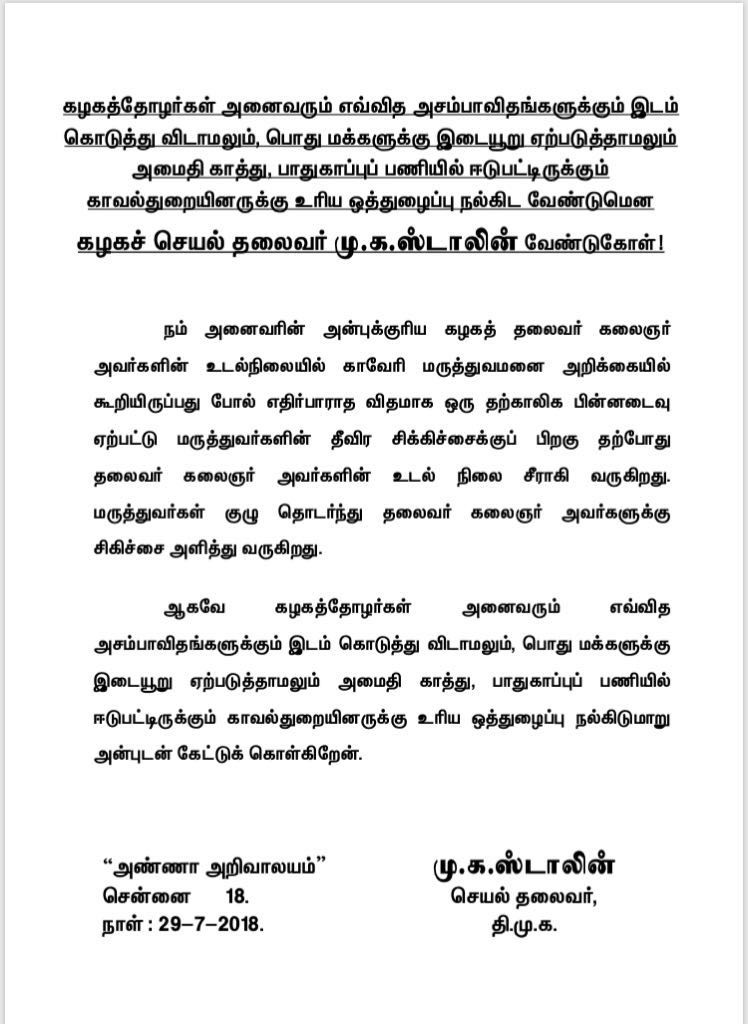 A large number of DM cadre assembled outside the Kauvery Hospital to pray for the recovery of the 94-year-old chief minister. Meanwhile, Karunanidhi’s son MK Stalin had appealed people gathered outside the former CM’s house to remain calm and get back to their things as things are back to normal.

“It was true that there was a setback in the health of Karunanidhi for some time. But with active medical support the setback was set right. He is in a good condition and being continuously monitored and treated by expert doctors. Don’t believe rumours,” said former Union Minister A. Raja.

Upon hearing the transient setback to Karunanidhi’s health, his son Stalin, daughter Kanimozhi among other family members, and senior Congress leaders P. Chidambaram and S. Thirunavukkarasar left to the hospital, however, they didn’t address the media during the departure. 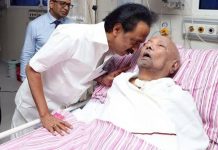