Prabhas uncle Krishnam Raju has now opened up on his ill-health. The veteran actor was suffering from high fever for the past few days. However, now he is doing fine and has recovered completed stated the actor. 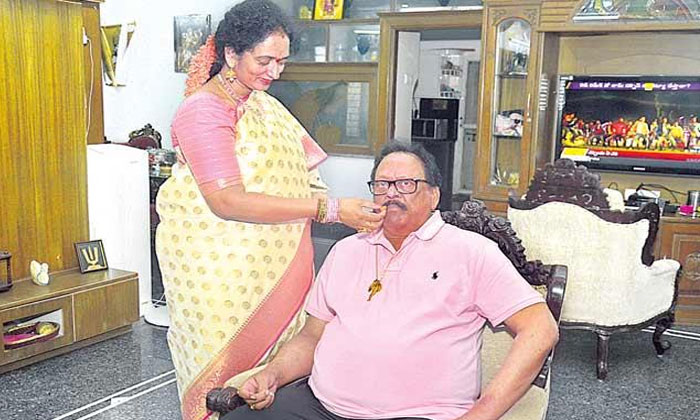 A day back,  Krishnam Raju ‘s wife Shyamaladevi participated in the pooja ceremony at Srivijayanagapathi Swamy Temple in Banjara Hills on the occasion of their wedding day. Later she came back to her residence at  Jubilee Hills and revealed that  Krishna Raju has now recovered from cold, cough, and fever. Krishnam Raju thanked his fans for their well-wishes.