The finale of Dhee 10 was aired on July 18 had NTR Jr as its chief guest. Wondering why we’re talking about it now after the finale got over? Well, the Dhee 10 finale show garnered record-breaking TRPs in its history. 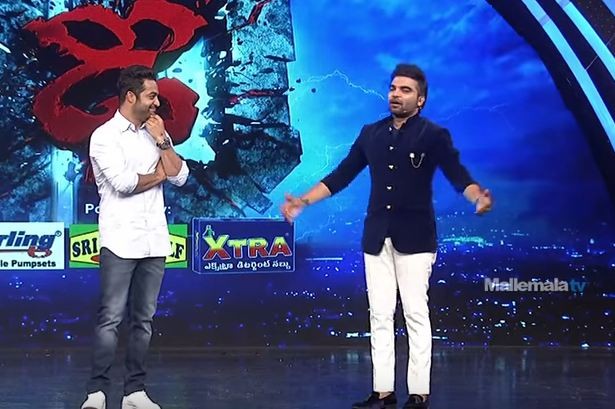 The tweets on the reality dance show are going viral on Twitter as one user by the name Ravi wrote, “ETV #Dhee10GrandFinale with @tarak9999 gets 13.9 TRP’s ..Superbb!!.” Another user identified as Ganesh Tarakian posted, “Dhee10GrandFinale Gets 13.9 TRP’s It Got More TRP Because Of @tarak9999 Anna & Wonderful Performance From Dancers Collectively”. Many call it the magic weaved by the actor NTR, who is known for his humour and comic timing which was clearly visible in the show, Much before the show was aired, the snippets from the show were doing the rounds which already le many in splits.

Romantic track for Bunny-Pooja in Europe