Actress Pranitha Subhash has shot her maiden music video along with Bollywood actor Ayushman Khurana. The video has been directed by Suresh Triveni of Tumhari Sulu fame and bankrolled by T-Series. Elated Pranitha ha said, “Although it was a single, it felt like an ad shoot. The director’s creativity and his humble disposition motivated me to work better. And my co-star, Ayush, is a bundle of talent.” Interestingly, the actors haven’ done any rehearsals and was shot in just three days. The music video was shot in beautiful landscapes of Sikkim. The actress said that the music video says that there is a strong emotional element attached to the video. “There is a strong emotional element etched into the video. Shooting for such singles nurtures spontaneity.” 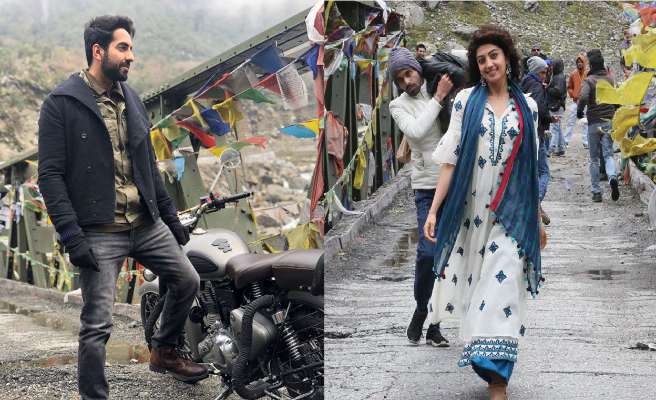 Coming back to Telugu cinema, the actress is gearing up for Hello Guru Prema Kosame which she has signed after hiatus of two years. The film stars Ram Pothineni and is directed by Trinadha Rao Nakkina.