Home English Priya Prakash Dethrones Bollywood Kids On Instagram
Priya Prakash Varrier has overshadowed Bollywood kids. Wondering how? The 18-year-old girl has taken the internet by storm after her ‘wink’ in a clip from a song has gone viral. If you don’t know what we are talking about, then you must be living under rock. 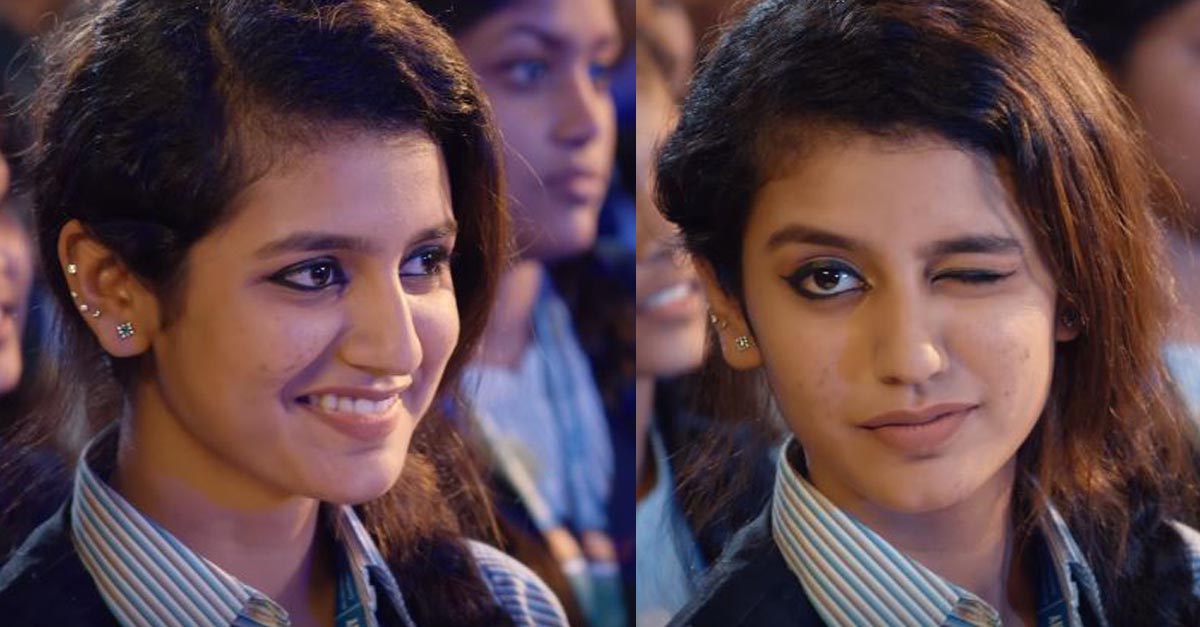 The Malayalam kutty’s soaring popularity has dethroned Bollywood star children. Yes, you read it right. The actress has 2.4 million followers on Instagram and still counting, while Shah Rukh Khan’s son Aryna has over 7 lakh followers, Shahid Kapoor’s brother Ishaan has over a lakh follower, and ravishing actress Sridevi’s daughter Janhvi Kapoor has over 2 lakh followers.
This clearly shows that this Priya is the current sensation and attained fame overnight which even seasonal actors fail to make a mark instantly. Priya is a first year B-com student in Thrissur and is making her debut in ‘Oru Adaaru Love’. In the song Manikya Malaraya Poovi, she is seen flirting with her co-actor Roshan Abdul Rahoof, who exchange facial gestures, and this one tugged the hearts of the entire nation. Well, this surely doubled the Valentine’s day for many including singles.