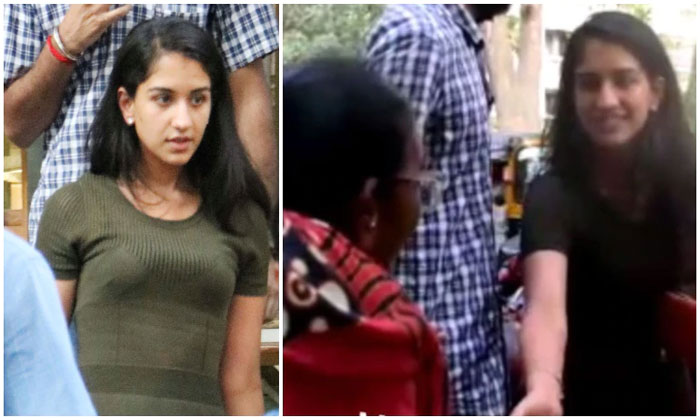 Anant Ambani’s rumoured girlfriend, Radhika Merchant, has won netizens hearts with her heartwarming gesture. Radhika was spotted outside a plush restaurant in Mumbai along with her friends. As she was about to get inside her car, a poor woman approached her , Radhika immediately checked her purse and gave out money to the poor woman. This video of hers is now viral and is being lauded for her kind gesture.

For the outing, Radhika was dressed in olive green dress. She chose a simple attire for this hot summer and left her hair open with minimal accessorizes. Radhika and Anant are said to be in relationship. However,  an official confirmation on the same is awaited.