Superstar Rajinikanth had a harrowing time as the actor was mobbed by his fans n Lucknow during his shoot for Petta. The Thalaivar and team are shotting at a brisk pace under Karthi Subbaraj’s direction. However, the team couldn’t anticipate the score of fans thronging the film sets. Well, this shows that Kaala actor has huge craze not only down South but Northside too, making him a pan-Indian actor. 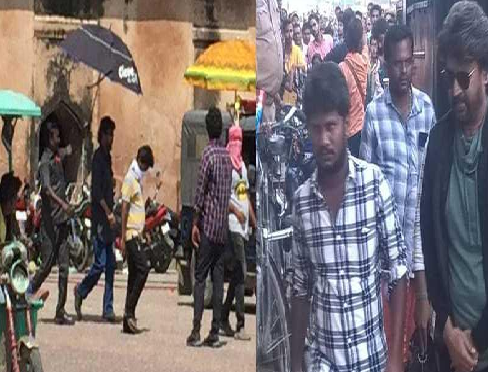 The first look of Petta was released which received a massive humongous response from Thalaivar fans. Notably, despite high beefed up security, stills from Petta have been leaked. The leaked stills reveal Rajinikanth’s new look wherein he is seen clad in a red kurta with a trimmed beard and blue scarf.

“As you all know, the shoot of Petta is progressing at a rapid pace for the past three months. Our Superstar is rocking with his signature stylish screen presence and charisma. Fans have been asking me about the title of the film, I’m sure you will enjoy the stylish Thalaivar in the motion poster. We will soon finish the shoot and come up with more interesting updates about Petta,” said  Karthik Subbaraj.

The film touted to be gangster drama has all the signature massy elements of the filmmaker and going by the motion poster, the film may change Rajinikanth’s dull streak and might strike gold at the box-office.