Rajinikanth’s films craze refutes subside anytime soon. Even as 2.0 has taken the nation with craze, music composer Anirudh from his upcoming film Petta gave the sneak peek of the single Marana Mass. The production house Sun Picture posted with a caption, “A sneak peek into the #MakingOfMaranaMass ! Get ready for #ThalaivarKuththu Today at 6pm!” 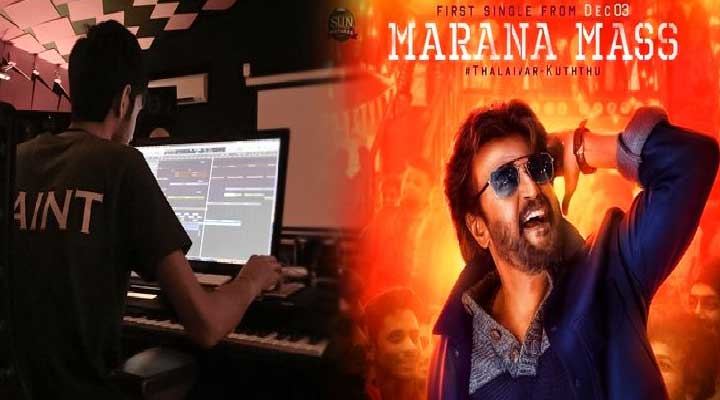 The video since then has gone viral and has been retweeted over 20K. Marana Mass is crooned by SP Balasubramanyam and Anirudh. The film helmed by  Karthik Subbaraj. will have 2019 release and Trisha Krishnan as the lead actress. This is the first time that actress has paired next to Rajinikanth.

The amount of video-time on the musicians is ❤️, the ‘Hey’-s we know from whenever we see the S.U.P.E.R.S.T.A.R on screen, Classic SPB voice for a thalaivar intro, the Anirudh Gaana. Marana mass only 🙂