Prabhas’ Saaho is the next big release being eagerly awaited by his fans. The film helmed by Sujeeth marks the debut of Shraddha Kapoor to the Telugu audience. While the makers teased the audience with Shades of Saaho with part one and two released on Prabhas and Shraddha’s birthday respectively. Now we have got our hands on the leaked picture of Prabhas and Shraddha from the Saaho sets which is viral. 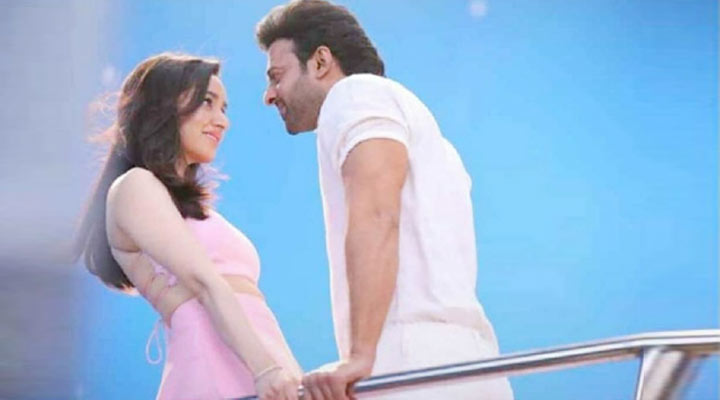 The leaked picture shows the lead pair gazing into each other’s eyes. The romantic pose looks dreamy and Shraddha and Prabhas make a great combo. While the lead actress is clad in baby pin gown, Prabhas has sported tee, a lighter version of the pink. Saaho is an action-packed thriller and Prabhas had earlier spoke about it stating, “After Baahubali it’s an action thriller. I feel people like to see me in action movies, so after Baahubali, they may like it”.

Saaho is marked to release on August 15 in Hindi, Telugu and Tamil. Apart from Shraddha, it marks the bevy of actors from Bollywood with the likes of Jackie Shroff, Chunky Panday, Neil Nitin Mukesh and Mandira Bedi among others.