The match between Liverpool and Tottenham Hotspur was highly anticipated UEFA Champions League final. While the entire crowd was on the edge of the seat a Russian woman halted the match for a few moments. 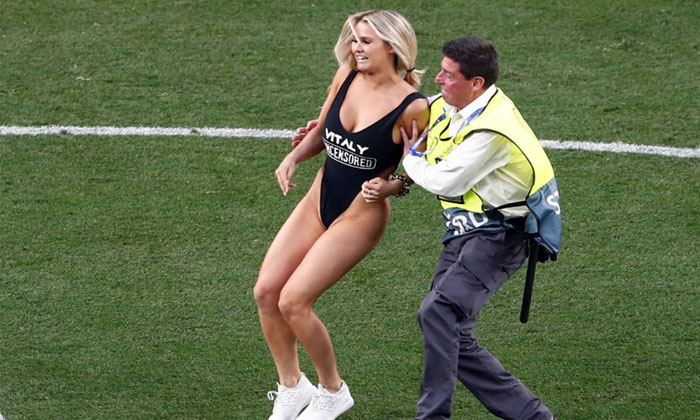 The model identified as Kinsey Wolanski wore a black swimsuit leaving little imagination and streaking on the pitch. Later, she took to Instagram to pst her video where was sseen escorting which reads, “STREAKING THE CHAMPIONS LEAGUE! Life is for living, do crazy things that you will remember forever.” Posting a picture of Tottenham midfielder Harry Winks looking at her she captioned it, “Did I distract #8 a little too much?”

The 22-year-model the girlfriend of controversial YouTuber, Vitaly, an adult site.

A penalty in 22 seconds