Vijay Deverakonda as promised is launching the first rowdy sundowner party today (July 15). The Pellichoopulu actor took to Twitter to share the details. Vijay posted his picture along with the caption, “Tomorrow we start a new chapter. My most ambitious project so far. I am you. I am the Rowdy you.”

The sundowner party will begin at 4pm at Hylife, 800 Jubilee, Road No 36, Jubilee Hills. He mentions three points, stating that he will be launching two items which haven’t be mentioned. And the third one is regarding raising money for his Filmfare Award. The event will be live streamed on Facebook, Twitter and YouTube. 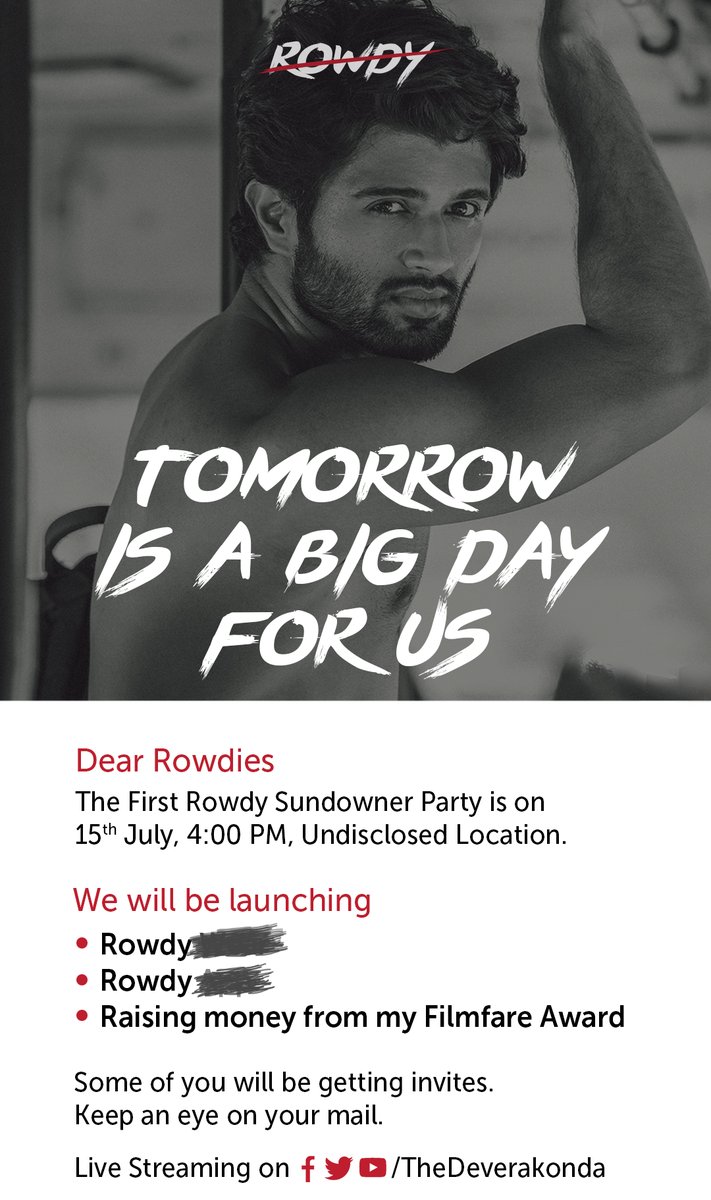 Vijay has launched his own website called Rowdy Club to get in touch with his followers and vice versa. The actor shot to fame with Arjun Reddy which catapulted his image into the top actors in Tollywood.  The actor has the USP of maintaining rapport with his followers which is winning accolades from his non-followers too.

On the work front, Vijay is busy with three films in his palette with NOTA, Geetha Govindam and Taxiwala. Explaining how he bagged bilingual film NOTA happened, Vijay said, “Gnan kept telling me that there is a good script by Anand Shankar and listen to it once. I thought let me just listen to it even though I didn’t have any intention of doing it, and I met Anand. And when I met him for the first time, I was shooting continuously and was dead tired, and hence could not focus on his narration. And I asked Anand if he could meet later again for the narration. And this time I was all prepared for it. After the end of the narration, I loved it so much that I called Gnan and told him we are doing it.”