Home English Ali to test his luck in Bollywood?

Ali is undoubtedly one of the popular comedians in Tollywood but the actor is currently staying away from the films from the past few months. He appeared only in Ravi Teja starrer ‘Nela Ticket‘ movie in 2018. 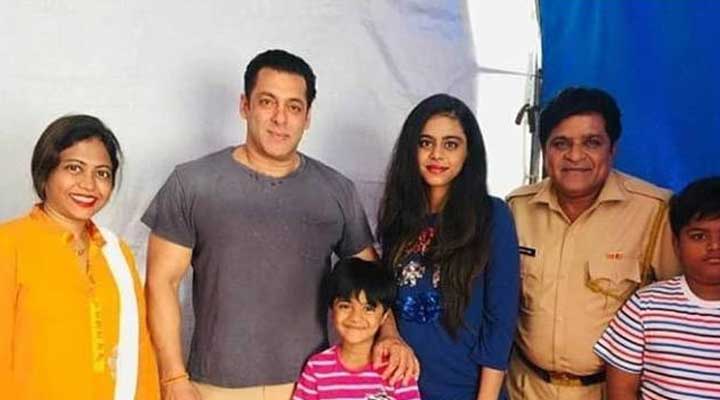 But it seems like the star comedian is busy with his Bollywood projects. Recently, an interesting picture of Ali and his family members is currently going viral on the internet. In that picture, Ali with his wife and their three kids are seen posing to the camera with Bollywood muscular hero Salman Khan. With the hashtag Dabangg 3, we can understand that the picture was taken when Ali and his family members met Salman Khan on the sets of ‘Dabangg 3’. As Ali appeared in a Police Officer attire, we can guess that he is going to play a small role in ‘Dabangg 3’ movie.

Directed by Prabhu Deva, Sonakshi Sinha is playing the female lead in ‘Dabangg 3’. Mahi Gill, Vinod Khanna and Arbaaz Khan are playing crucial roles in this film which is slated for December release.