The popular talk show, Koffee With Karan 6, hosted by Karan Johar has seen many debutantes this season. Previously, the buzz about Karan hosting Baahubali dream team has set the rumours strong and many eagerly waiting for it to be fact. And now, KJo has shot with Baahubali magnum opus team having Prabhas, Rana Daggubati and the brain behind the epic film – SS Rajamouli. 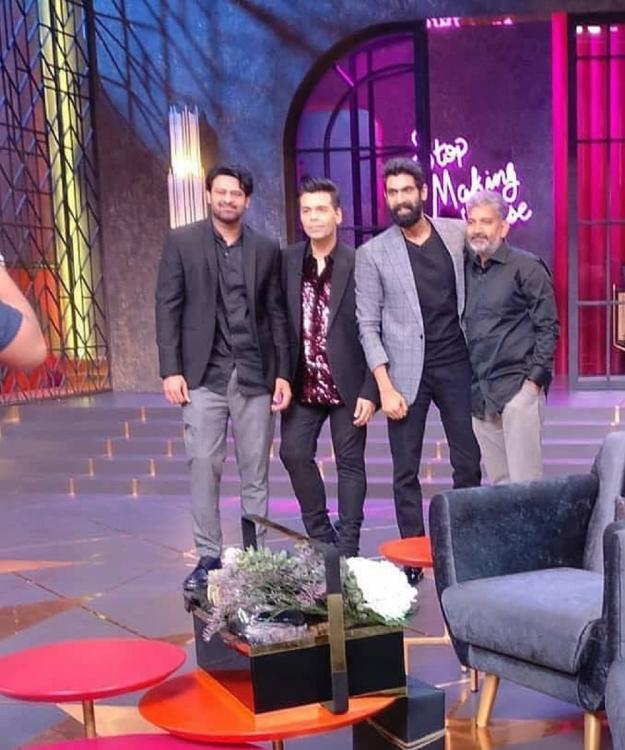 Earlier, in the day Karan tweeted making our guesses go wild which reads, “On my way to shoot an episode of #KoffeeWithKaran that I am so honoured to shoot! A proud cup of koffeetoday…any guesses?” The pictures of them are doing the round on social media. In fact, Rana Daggubati took to Instagram thanking Karan for having them. Check out the pictures:

Thank you for having us!! @karanjohar