NTR biopic is the most awaited film to be watched by all the age groups. And Sony Pictures seems to encash the opportunity by offering Rs 80 crore as the theatrical rights.  The amount is staggering for any Telugu film after Baahubali. However, it is learnt that Balakrishna who is essaying NTR’s role has put the Rs 80 crore offer on hold. “Sony Pictures has offered Rs 80 crore for the Telugu, Hindi and Tamil rights but Balakrishna has kept it on hold,” a source said. 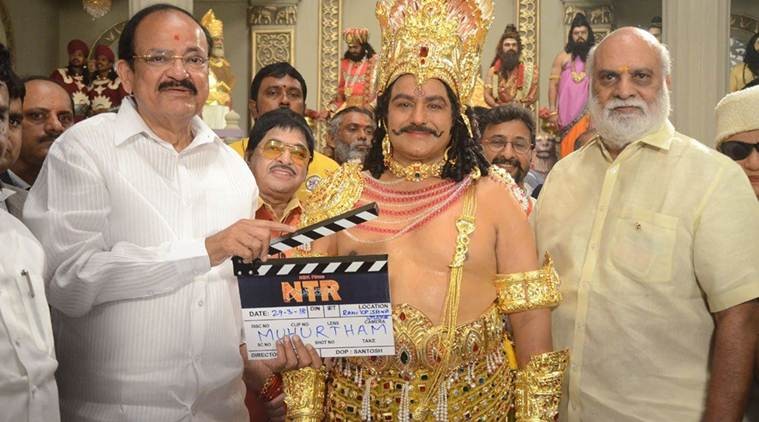 “They also believe that apart from Balakrishna, the casting of B-Town star Vidya Balan and with Telugu-Hindi filmmaker Krish helming the biopic, the project has attained pan-India appeal. Besides, with popular actor Prakash Raj and others playing key roles, they believe that it will rock the box office across the world,” the source added.

“He is determined to bankroll the most-awaited film and for now, he has no plans to hand it over to others,” the source concludes. Meanwhile, reports also surfaced about Vidya Balan’s remuneration.  It was reported that Vidya Balan was paid a whopping amount of Rs 1.5 crore as the remuneration. No doubt as the actress commands that stature.