BJP leader GVL Narasimha Rao moved ‘Breach of Privilege’ notice in Rajya Sabha on Monday against TDP leaders for threatening him publicly of dire consequences as he exposed the Andhra Pradesh government failures. Narasimha Rao named TDP leaders Vemuri Ananda Surya and Eemani Surya Narayana among others who issued threats at him publicly in their press meet organised by them on July 27. 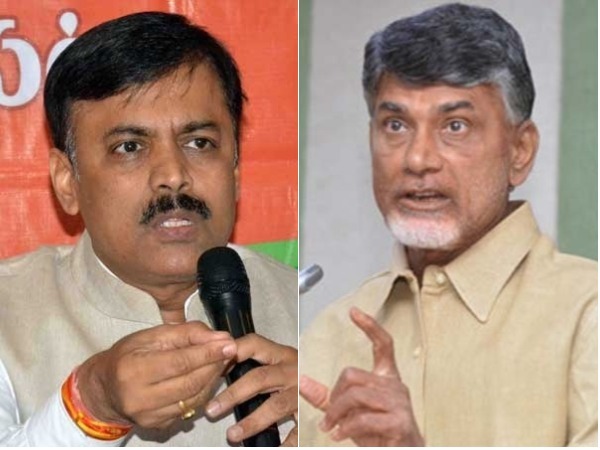 “I am attaching copies (print and video) in support of my complaint. On a daily basis, threats of violence and harm are being issued against me on all platforms of social media by TDP’s official members. This is a serious violation of my privilege as an MP,” Narasimha Rao’s letter to Rajya Sabha Chairman and Vice President Venkaiah Naidu.

“I would like to draw your kind attention and raise a question involving breach of my privilege as a member of the Rajya Sabha. After my speech in the House on July 24, 2018, in the course of the short duration discussion on Special Status for Andhra Pradesh, I had referred for the first time in the public domain, negligence on the part of the state government in implementing the National Investment and Manufacturing Zone sanctioned for Prakasam district in 2015,” the letter statement added.

“The statements of TDP leaders constitutes contempt and they are meant to impede my Parliament functioning. They are also a violation of privileges bestowed upon members by the Constitution (Freedom of Speech in Parliament). I would like to urge you to exercise the penal powers of the House for attempting intimidation against me by name,” Rao’s letter concluded.