Akhil Akkineni is two films old, who made his debut with Akhil and Hello and this young lad has been offered Bollywood film by ace filmmaker Karan Johar. Isn’t that would a dream Bollywood debut for any actor to get launched by KJo. But here comes disheartening news for Akhil’s fans. Actor and father Nagarjuna has said no to Karan stating that Akhil is still evolving as an actor and consider him too young. 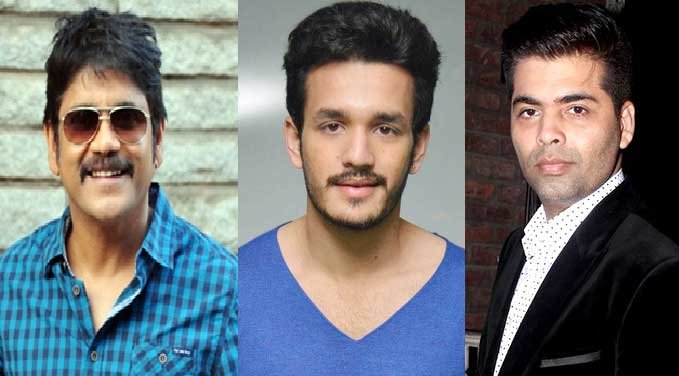 “Karan Johar wants to introduce Akhil in Hindi cinema. He has asked me twice but I told him that Akhil is very young. He needs some more time,” said Nagarjuna. On the professional front, Akhil is busy filming Venky Atluri’s film Mr Majnu.  The teaser and first look have already been received positively which has few lyrics taken from Nagarjuna and grandfather Nageswara Rao. Nidhi Agarwal has signed up to play the lead actress and has music by SS Thaman which is produced by BVSN Prasad under his banner Sri Venkateswara Cine Chitra.

On the other side, Nagarjuna has joined the sets of Hindi film Brahmastra after 15-long years and the actor has now spilled beans for the reason of why he agreed to be part of the prestigious project. “My career in Andhra keeps me busy. I’ve not shown any inclination to do a Hindi film, though I’m open to doing films in any language if the set-up is good. Brahmastra was impressive from the moment it came to me. I said ‘yes’ immediately and now here I am on my way to shoot for it. I am looking forward to it,” Nagarjuna said. The film directed by Ayan Mukherjee is produced by KJo’s Dharma Productions. Nagarjuna is also awaiting for the release of Devadas on September 27. 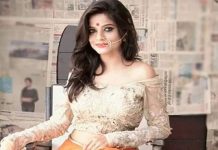 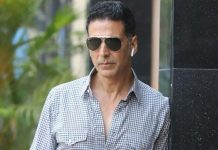 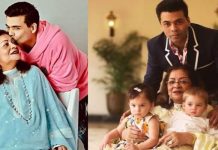 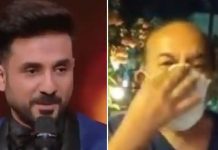 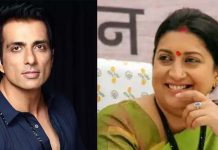