A success meet was held for Kalyaan Dhev’s Vijetha on Sunday in Hyderabad, to which Allu Arjun was the chief guest. However, Kalyaan rather than arriving on time made others wait for him including Stylish Star and other artistes of the film. The event was supposed to start at 1pm, but it kick-started late owing to Kalyaan’s late arrival. Stargely, Kalyaan was unapologetic for arriving late. 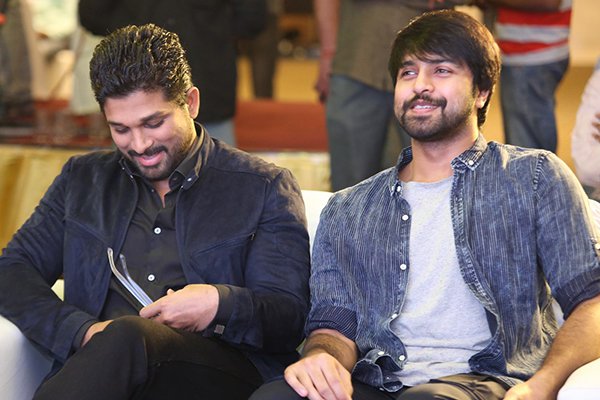 A source said that Allu Arjun had to attend a family lunch, but he kept waiting for Kalyaan. After the event organisers called up Kalyaan he then started from his home. It is worth mentioning that, Chiranjeevi is known for discipline and punctuality, however, his son-in-law Kalyaan doesn’t follow suit. This gesture of Kalyaan, who is a one-film-old and having air has raised eyebrows of many in the film circles.

Meanwhile, Bunny praised Kalyaan for his successful debut launch. He also expressed his desire to work with film producer Sai Korrapati, who is known to have bankrolled content-driven movies.

Pelli Choopulu To Be Remade In Kannada