Home English Karthikeya busy making RRR first looks
The process of releasing the first look of the two heroes of Rajamouli’s RRR has begun. Rajamouli’s son Karthikeya, who has come back from a short gap after his wedding, has begun the work. 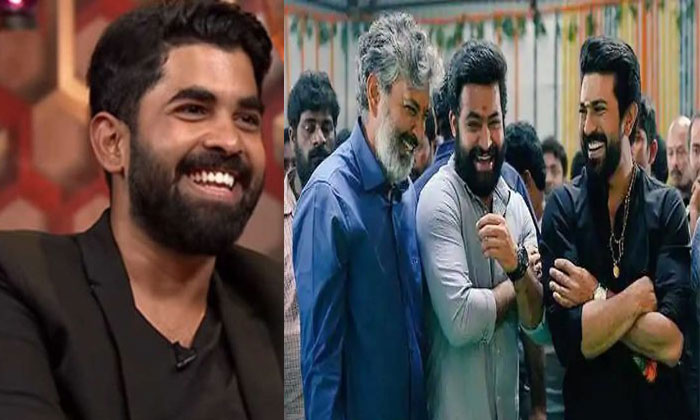 The first look of Ram Charan will be released next month to coincide with Cherry’s birthday. Will, they just release a first look or will they do a re-run of Bahubali, where the first looks were released to suit the theme of the story remains to be seen. Meanwhile, Karthikeya is taking care of all the first looks for RRR and is believed to have zeroed in on a theme to release the first look.
Till now, there is no word or even a leak about the heroines. One thing is sure. Alia Bhat will play the foil for Cherry. As for the others, nothing has come out.