In the latest episode of Bigg Boss, Telugu 2 aired on September 25 we are shown Kaushal talking about his teenage love story to Tanish. Kaushal talks about his Intermediate days when he tried to impress his senior by giving her a letter written in blood. But the twist is that Kaushal on a lighter note says that the blood was not his but of chickens as he had a farm near to his house. Well, that was a laughter evoking memory not only for Kaushal but for the audience too. 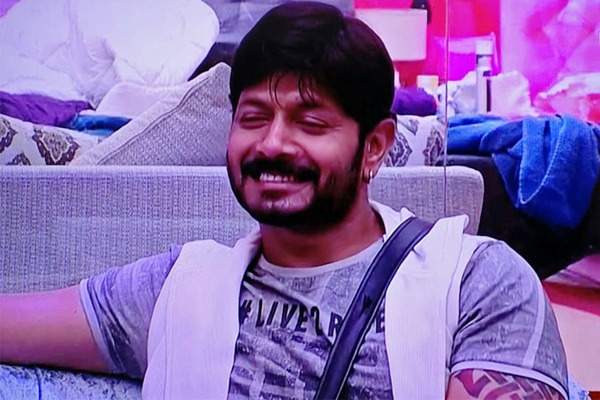 The Telugu Bigg Boss 2 finale is around the corner and we got our top five contestants.  After the elimination of rapper Roll Rida in yesterday’s episode, September 24, the top five contestants are – Kaushal Manda, Samrat Reddy, Tanish Alladi, Geetha Madhuri and Deepthi Nallamothu.

Meanwhile,  in the episode, September 23, Nani asked each contestant to hive campaign speech as to why the audience should vote for them.  The campaign speech began with Kaushal who called himself as “vetagadu” (hunter), who is hunting to win the Bigg Boss title. He then does introspection and retrospection about his Bigg Boss’ journey summing how he struggled and was pulled down by other housemates but he maintained his rapt attention to win the #BB2 title. Kaushal’s “vetagadu” campaign speech is being loved by his fans and is trolling other housemates speech which lacked zeal and vigour what the finale camping needs