The Telugu Bigg Boss season two finale is here. With Roll Rida’s elimination, we got our top five contestants – Kaushal, Tanish, Samrat, Geetha and Deepthi. In today’s episode, September 23 Nani asked each contestant to hive campaign speech as to why the audience should vote for them.  The campaign speech began with Kaushal who called himself as “vetagadu” (hunter), who is hunting to win the Bigg Boss title. He then does introspection and retrospection about his Bigg Boss’ journey summing how he struggled and was pulled down by other housemates but he maintained his rapt attention to win the #BB2 title. 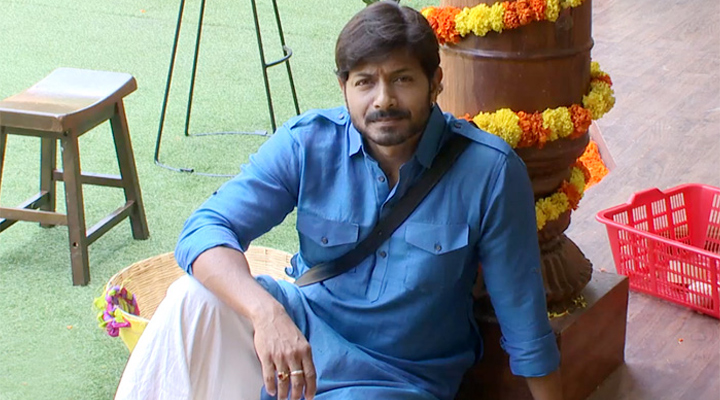 Kaushal’s “vetagadu” campaign speech is being loved by his fans and is trolling other housemates speech which lacked zeal and vigour what the finale camping needsCheckkc the tweets:

Why are you in the #BiggBossTelugu2 house?

Deepti: To be loved by everyone in the house.
Samrat: To prove a point to a person.
Roll: To promote Telugu rap.
Geeta: To learn from everyone / spread happiness.
Tanish: To get out of a loop / live life.

Kaushal: TO WIN THE TITLE!!!

One straight question to ANTIS “if you are an athlete in 100 mts will you run to win medal leaving other sprinters or will you hold all the sprinters hands and run to win medal. Use some brain campaign is campaign no use of safe game there.#KaushalArmy #Vetagadu #BiggBossTelugu2 pic.twitter.com/4Uiqnv4RAJ

So its
Harrypotter vs voldemont#DEEPTHI(positive,a loving mother a caring sister a shoulder to cry on for every HM,fighter in tasks) vs #kaushal (all powerfulwith armies and startergies and #vetagadu stories)#let the most loving person win

I have never enjoyed any other TV show this much. Thanks Kaushal for being a part of our evenings every day. You made us laugh, cry, swear; You made us sad, angry, happy, inspired. Here's wishing @kaushalmanda that he wins the title and more in life #KaushalArmy #BiggBossTelugu2 pic.twitter.com/tkxxSgtQhv

When actress apologised to Mahesh Babu