With the indefinite TSRTC strike ensuing, Telangana government has extended Dasara holidays for schools till October 20.  Speaking about the strike, KCR said,  “Under any circumstance, the government will not recognise the illegal strike and not even negotiate.”

KCR also added, “Officials have been ordered to pay salaries for the month of September in respect of those who are not on strike.”Speaking about the strike, TSRTC continued for the eighth day crippling public transport facilities in the state. On October 13, Vanta Vaarpu (mass cooking of food on roads); October 14 would see sit-out dharnas in front of all bus depots; October 15 it would be a rasta-roko; on October 16, various student bodies would undertake rallies across the state; October 17 there would be dhoom dhaam (art forms); and October 19, it’s the bandh, a JAC leader announced after a meeting here. 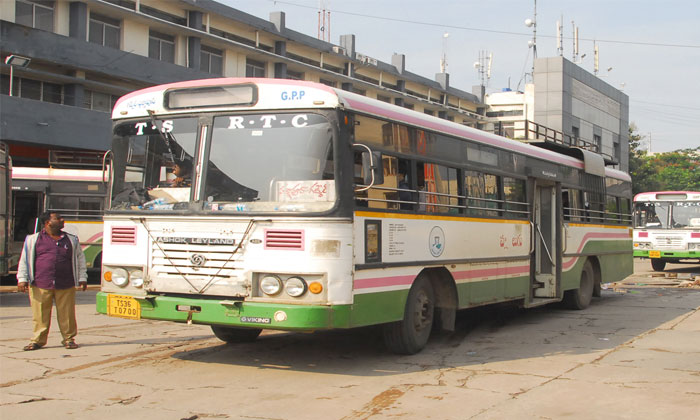 Different employees and workers unions of TSRTC began an indefinite strike from October 5 across Telangana on a call given by the JAC of TSRTC, demanding merger of the RTC with the government and recruitment to various posts, among others.
As it would likely take a few more days to resume 100 per cent bus services, the Chief Minister K Chandrasekhar Rao announced the extension of Dussehra vacation upto October 19 for the convenience of school children, an official press release said.

Ruling out discussions with the agitating unions, KCR said the employees stir is illegal as they caused immense inconvenience to public.He ordered the release of salaries to the staff for September, the release said. He instructed the officials to take necessary measures to ensure that 100 per cent bus service is resumed in two or three days and for this he ordered them to recruit additional staff, it said. He reiterated that 50 per cent of the RTC busses (about 5,200) should be run by the corporation itself, while 30 per cent of buses would be hired ones and the rest by private vehicles.