Home English Know how much Samantha is worth?
Facebook
Twitter
WhatsApp
Google+
Pinterest
How much is Akkineni family’s daughter in law Samantha worth? She will complete a decade in the film industry by 2012 and by that time would be completing 50 films. Many of them were huge hits and earned her huge remuneration. She has equal craze in both Tamil and Telugu. 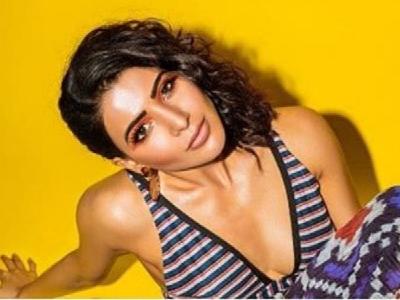 Samantha collects anywhere between Rs 1.5 crore to Rs 2 crore.  34 films have already been released and three more are in the pipeline. Her house costs around Rs 10 crore, while she owns a fleet of cars. Her Jaguar XS is worth Rs 70 lakh, while her Audi Q is worth Rs 7.70 crore. Similarly, her Porsche is worth Rs 1.5 crore. Also, she is the brand ambassador for many products and brands and earners huge amounts as remuneration.
Estimates say that she could be worth Rs 100 crore. Come to think of it. She is just in the prime of her career and has an active film life of another five years. She is also involved in lot of charity acts through her Pratyusha Foundation.