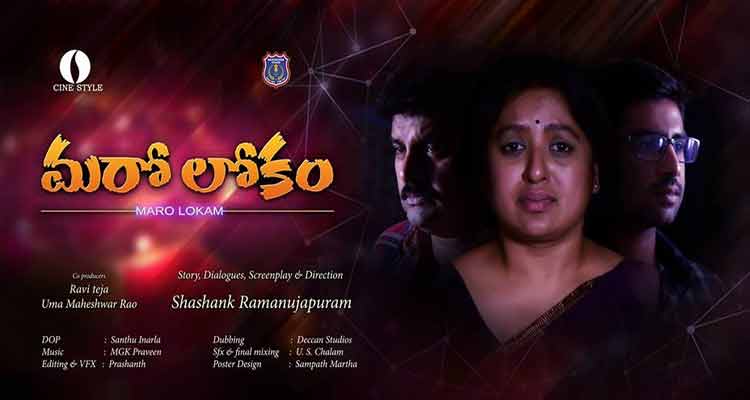 A 15-minutes short film ‘Marolokam’, which generates awareness on drug addiction and its ill effects was released by Rachakonda Police Commissioner, M Mahesh Bhagwat at Prasad lab on Road No 2, Banjara Hills on Saturday. The movie which discourages drug abuse was sponsored by Rachakonda police.

The film is directed by Shashank Ramanujam, its cast include Sana, Sameer and Sai kiran. The short film is uploaded on Youtube and a 1.5 minute of film will be screened in theatres, as part of awareness campaign.Speaking on the occasion, Mahesh Bhagwat appealed to youth not to succumb to narcotic products.

“Parents should keep watch on their wards and not allow them to come under peer pressure for entry or gateway drugs to prevent their children from getting addicted,” he said. In year 2017 in 34 cases were detected under Rachakonda Police Commissionerate, where 110 drug peddlers were arrested, including 10 Nigerians.