Jersey has become the sixth movie of Natural Star Nani to breach the $1 million mark in the US. It registered $911 K gross in the opening weekend and 43k dollars on Monday and 50k dollars on Tuesday. Finally, this sports drama movie has achieved this feat on Wednesday.  Nani is the only young actor to have registered six movies in the 1 million club. 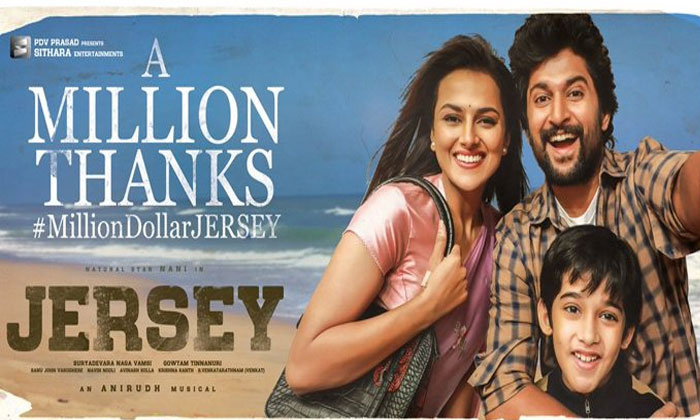 The movie, which saw the light of the day on last Friday, has received thumping response from critics and audience as well. In the Telugu states, the collections of Jersey saw a dip sending fears among the trade that the movie might fail to pull the audience to theaters due to Lawrence’s Kanchana 3. But the positive talk the movie saw a recovery after three days of run. Now looking at the pace, Jersey will become a profitable venture for the makers.

Anushka Shetty opens up on marrying a cricketer