Sai Dharam Tej’s brother Panja Vaishnav Tej is gearing up for debut in Telugu cinema. He is the son of Megastar Chiranjeevi’s sister.
Vaishnav Tej who already did a cameo in Chiranjeevi’s Shankar Dada MBBS as a small kid is ready to join the bandwagon of Telugu cinema. with his official entry into movies he will be 10th star kind coming up from the same mega family. 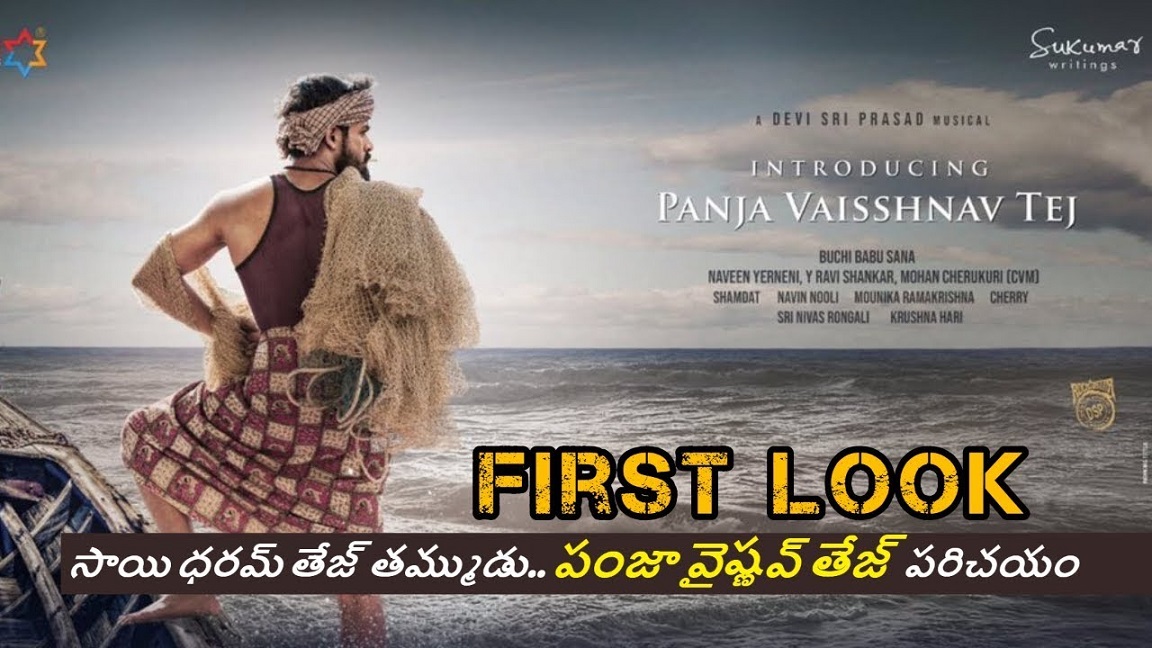 Yesterday makers revealed first look poster, Sukumar writings and Mythri movie makers are collaborating for the untitled project.
As per official reports Buchi babu sana making his directional debut with this project,who is Assistant director at Sukumar writings and Rockstar Devi Sri Prasad will compose the tunes. NRI lady Manisha Raj will be sharing the screen opposite Vaisshnav Tej in the movie, she is a Telugu girl but born and brought up in the United States.

Also read: Will VVR get a break even?