Jana Sena Chief Pawan Kalyan during his Porata Yatra revealed shocking information stating that his life is in danger, adding a murder plot is being hatched to kill him. Pawan Kalyan went to say that he got audio tapes where three persons were talking about his murder execution. He didn’t reveal the names but states that he know them. Well, this quite a shocking news folks. Pawan made these statements addressing the gathering in Eluru and Unguturu assembly segments in West Godavari district now. 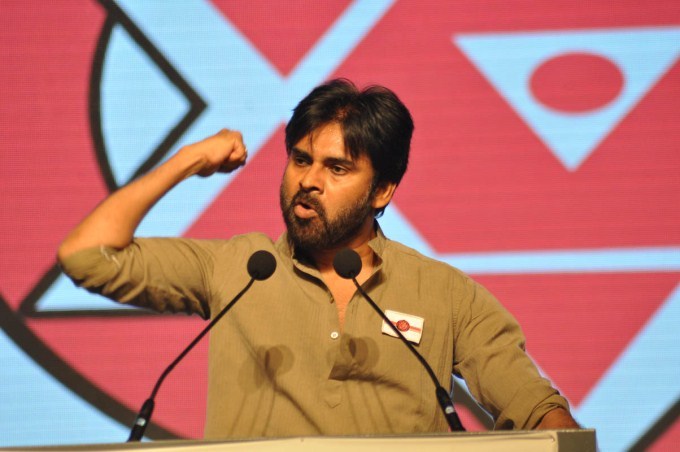 Pawan said that he knows the political functionality and is not scared of such threats. He added that he plunged into politics to help at the grassroots level and that is the aim of Jana Sena. Pawan divulged the reason of not contesting in 2014 elections stating that a senior TDP member requested him not to split votes hence he stepped back.  “I have graciously extended support to TDP at that time. Because of this, some MLAs got about 14,000 majority and they would have lost deposits if there was no Jana Sena support in East Godavari,