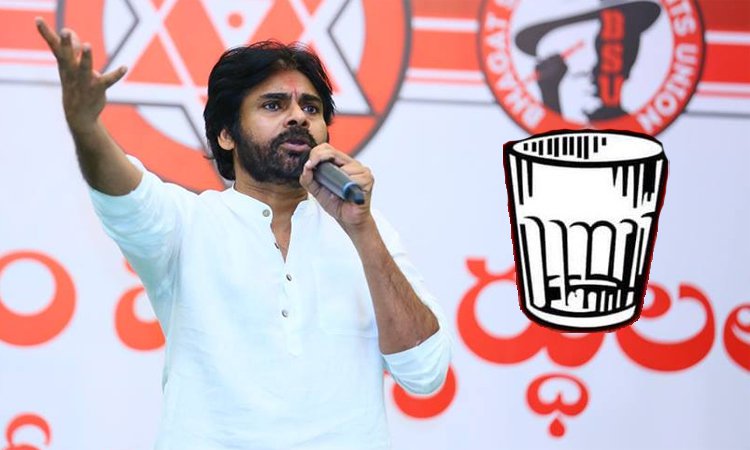 Interestingly, Pawan has been often spotted having tea from glass tumbler. For instance, whether it’s his Gabbar Singh among other movies the stills have been viral but it has now caught the fancy of the netizens. Currently, the Jana Sena chief is off to Europe along with his family, Anna Lezenova. The actor flew down to the foreign land to perform a ritual as per Christian traditions for his new-born son Shankar Pawanovitch. The actor would come to the country post-Christmas vacation and then will be available at Amaravati ahead of the election.

My wholehearted thanks to ‘Election commission’ for giving us ‘Glass Tumbler’ as our Party symbol. Personally for me that ‘Glass Tumbler’ has many memories from my childhood and it’s common man’ s identity in our country. pic.twitter.com/hoIZ5oF4nl