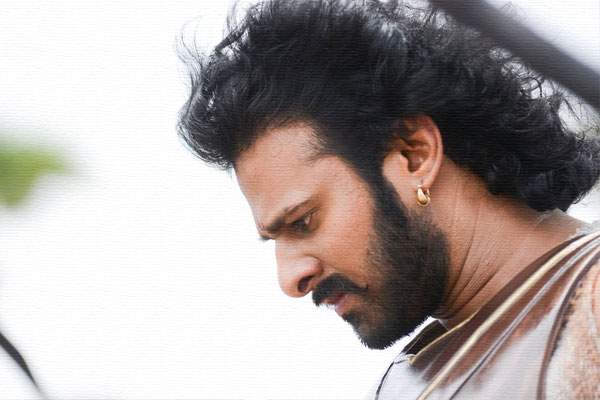 In a shocking incident, Prabhas fan has ended his life. If this comes as shocking then the reason for ending his life would be more shocking. Apparently, the fan was depressed over the fact that Saaho movie was getting delayed. The exact date and name of the fan is yet to be known, but the suicide note has gone viral.  Meanwhile, Saaho director Sujeeth who came to know about the suicide incident said, “When people could wait for Baahubali, then why can’t for Saaho“. Have a look at the suicide note: 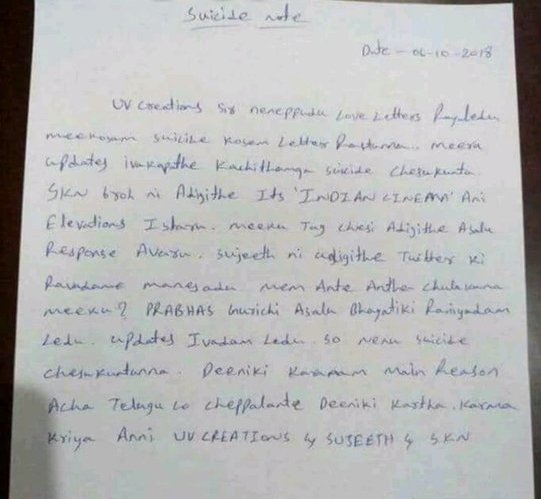 Saaho has caught all the attention after actress  Shraddha Kapoor being roped in as the lead actress. It also has other B-town actors like Neil Nitin Mukesh, Jackie Shroff, Mandira Bedi and Chunkey Pandey. The film is made on a mammoth scale of whopping Rs 150 crore will be released simultaneously in Hindi, Telugu and Tamil.

Meanwhile, reports have emerged that after wrapping up Saaho, Prabhas, will soon join the sets for his next film with Jil fame director Radha Krishna Kumar. A customary muhurat ceremony will be held soon, and the film is likely to go on floors from October. Well, this a big news for all the followers of Prabhas.