After being successful in Tamil, the recent hit film Remo is all set to release in Telugu. Ace producer Dil Raju will be producing this flick in Telugu. The curtain raiser of the film was held in Hyderabad yesterday and the cast and crew have attended the event.
Hero Siva Karthikeyan said that he is happy for being launched by Dil Raju in Telugu industry. He hoped that film will be successful in Telugu as it was in Tamil. The other guests who graced the event includes P.C. Sreeram, Anirudh Ravichander, Dil Raju and Vamsi Paidipally. The teaser of the film was launched along with the release of Telugu version of popular Senjitalay which was tilted as Kollagittey. The film is expected to release on November 4. 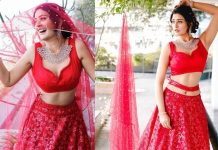