Renu Desai‘s new picture with her children – Akira and Aadhya is breaking the internet. The picture was shared by Renu Desai’s fan groups on the occasion of Father’s Day. The trio all smiles are happily posing for the shutterbugs. 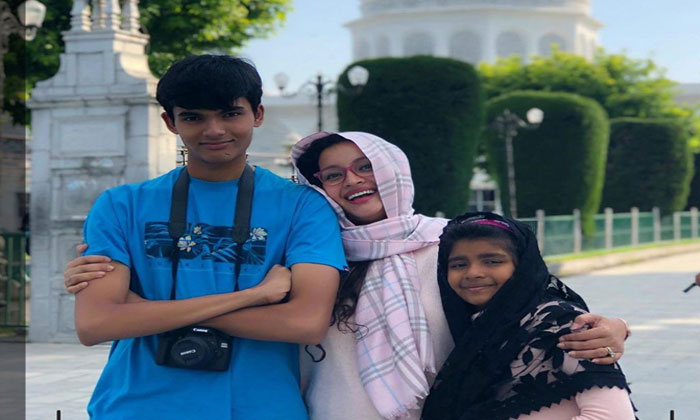 The picture shows Akira all grown up teen and hanging around his DSLR around his neck and Aadhya happily smiled at the camera, while Renu was flanked by her adorable kids. On the personal front, the multi-talents Renu has taken a leap of faith by starting a new phase of life by moving on with her past. The former actress has got engaged, however, she hasn’t disclosed the identity of the man. Talking about this in a celebrity talk show, Renu Desai informed that when she would get married she will make it public underlining that it won’t be a secret wedding.

“The engagement ceremony has been completed long back. Though I mayn’t give full details, I will surely inform everyone while getting married. It won’t be a secret marriage. My whole family is happy with my decision,” says Renu.

Renu adds, “More than Me, others seems to be bothered about it. I will marry soon. It’s a long process and we need to make necessary arrangements”. She adds that her wound be is a director of an IT-company based in Pune, and had shifted from the US to see his ailing father.