Samantha Akkineni is the ‘IT’ actress in Tollywood. With back-to-back hits, Sam is soaring high on career end. The Majili actress is busy with her upcoming film, Oh Baby, which is slated for release on July 5th. The makers and Samantha are relentlessly doing promotions, and now the promotions have landed the out-of-box way. Well, Oh Baby has landed on the food menu. Yes, you read it right. 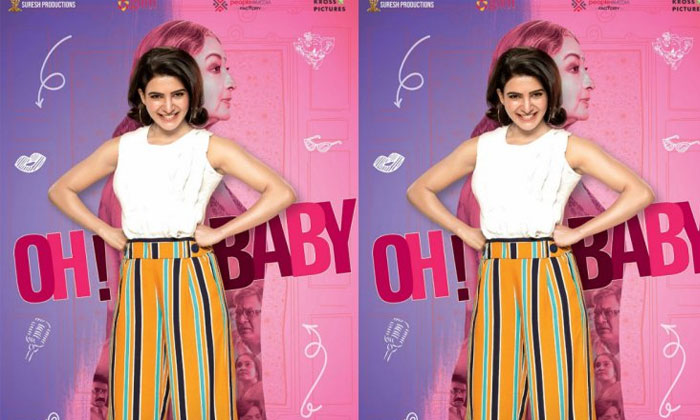 A Twitter user going by the handle, ‘I am_sahasra’ has tweeted, “Biryani is an emotion for many but! @Samanthaprabhu2 changed it into promotion..😊. #OhBabyOnJuly5 #OhBaby can’t wait to order these nd enjoy! Well, what more we can say as we consider it a big hit.

Biryani is an emotion for many but! @Samanthaprabhu2 changed it into promotion..😊. #OhBabyOnJuly5 #OhBaby can't wait to order these nd enjoy!😘😘. pic.twitter.com/Oe7SgSDUZ3

‏
Oh Baby is a remake of the Korean comedy-drama Miss Granny which was directed by Hwang Dong-hyuk. Helmed by BV Nandini Reddy, the film also stars Rao Ramesh and Naga Shaurya in pivotal roles. The film is co-produced by Sunita Tati under the banner of People’s Media Factor along with Suresh Productions, while Mickey J Meyer rendered the tunes for this film. The film is all set to hit the screens on July 5, along with its dubbed version releasing in Tamil.