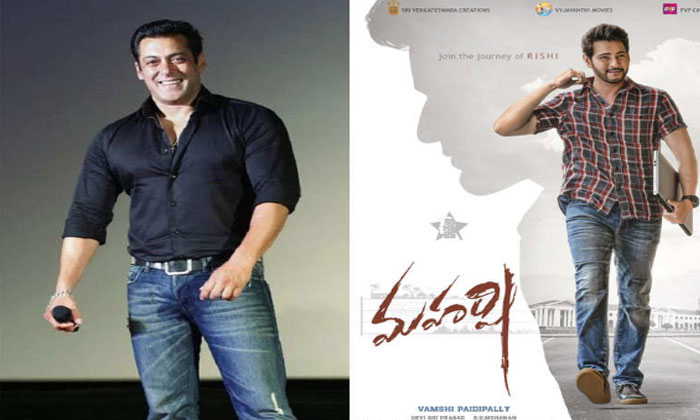 According to reports, Salman Khan has shown evince in watching Maharshi movie. The Bharat actor was impressed with the trailers of Maharshi. If the storyline impresses Salman then the actor may give his nod for Maharshi Hindi remake. However, an official confirmation about the same is to be announced. Interestingly, Salman’s Wanted was also the remake of Mahesh’s hit Pokiri. The film also was a blockbuster in Hindi as well.

Maharshi is all set for grand release n May 9th. Starring Pooja Hegde and Allari Naresh, it is helmed by Vamsi Paidipally. The film tickets are on sale like hotcakes. Considering this is Mahesh’s 25th film, Bollywood director Karan Johar to Samantha to Shruti Haasan among others extend their greeting to Mahes and the Maharshi team.