Sunny Leone‘s biopic web series titled Karenjit Kaur is all set to kick-start from July 16. The web series charts her journey from teen to adolescent and the circumstanced that made her choose Sunny over Karenjit. However, even before the web series got released it evoked controversy for using ‘Kaur’ in the series title.

The objection was raised by Shiromani Gurdwara Parbandhak Committee (SGPC) for using Kaur in Sunny’s biopic. Diljit Singh Bedi, SGPC’s additional secretary and spokesperson, said that Sunny hasn’t adhered to the teachings of Sikh community and has hurt the community, hence she can’t use the title. He went on to add that, Kaur is given to women who are respectable and the actress if required needs to be apologetic.

However, Sunny Leone unfazed by the objection, she took to Twitter stating about her biopic’s release.

My story can't be put in a CV.. It has to be seen and experienced!! Watch my Untold Story #KarenjitKaur only on @zee5 releasing on Monday!! #KarenjitKaurOnZEE5 #ZEE5Originals @zee5 @namahpictures @freshlimefilms @aditya_datt

Recently, the actress was asked how she feels when her name often gets dragged into controversies, she quips,”I don’t see myself as a victim but I may be a soft target. I believe people should have the right to say what they want to, when they want to, how they want to, whether it’s right or wrong is their choice and moral stand.”

“Most of the time I brush it off because it’s nonsense. Sometimes it gets on my nerves. Does it hurt me? No. Is it annoying? Yes,” she added. 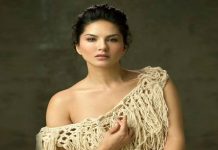 Sunny Leone Got Emotional For This Reason 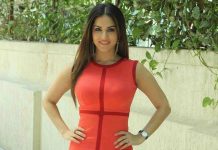