Home English Sye Raa climax to be the highlight

Megastar Chiranjeevi Sye Raa Narasimha Reddy is all greaing up for the grand release on October 2nd. Directed by Surender Reddy, the team is not leaving any stone unturned in expanding the horizons of the film. Going by the teaser, it looks a visual feast for the cinephiles and here comes another interesting news. 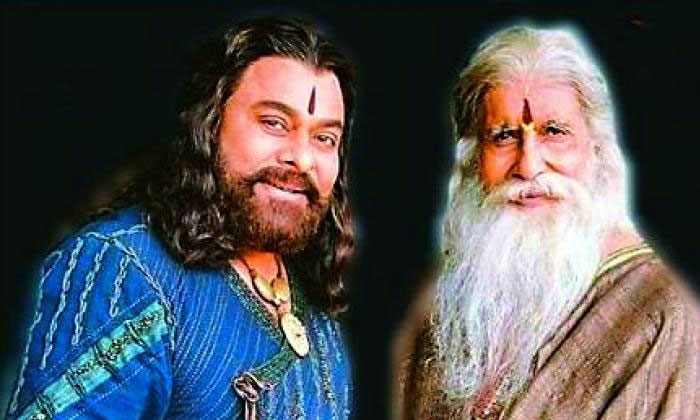 Sye Raa climax to be the highlight

A source informs us that Sye Raa climax would be the highlight of the film which put not only Megastar but Surender Reddy on a new pedestal. It is learnt that the last half-an-hour of the film would be very emotional. The source says, “Freedom fighter Narasimha Reddy is killed by the British after a fierce battle, and the body is kept with his assistants and family on a hill for nearly one month. And director Surender Reddy shot this scene in an intense manner”.

Megastar Chiranjeevi’s Sye Raa Narasimha Reddy’s pre-release event is going to take place in Hyderabad on September 18. The Sye Raa team has already started the preparations for the grand event at  LB Stadium. The event will see Pawan Kalyan, SS Rajamouli, Siva Koratala and VV Vinayak as the chief-guests. In fact, TRS minister KTR was supposed to attend the event but due to work commitments, he has backed off. The Sye Raa PR note had mentioned about the details,  “The #SyeRaaPreReleaseEvent & Trailer Launch will be held at LB Stadium, Hyderabad on September 18th. Respected @KTRTRS, @PawanKalyan, @ssrajamouli, @sivakoratala,#VVVinayak will grace the event as our distinguished guests…”