After a fantastic Dusshera season, the box-office became a bit dull this weekend. Nonetheless, November is gearing up with some huge releases and most of them aiming to break ‘Baahubali’ records. 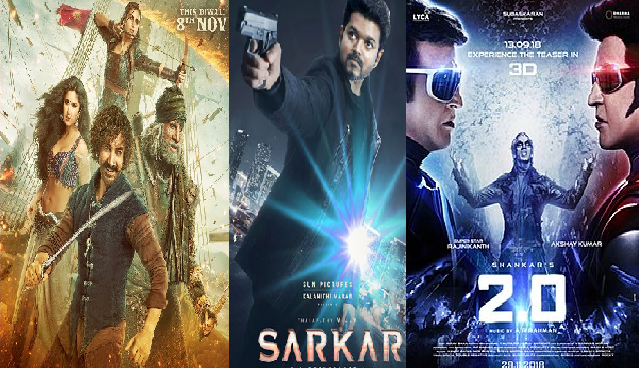 First on the list is ‘Sarkar’. Being a Vijay and Murugadoss film after ‘Thupaki’ and ‘Kaththi’, expectations are sky high over this film. The film has done a great pre-release business and is aiming to cross the collections of ‘Baahubali 2’ in South India. As the film is being released in all the Southern languages, Vijay’s fans are hoping it to be a sensational hit.

Just in a gap of two days, arrives ‘Thugs of Hindusthan’. This Bollywood film starring biggies like Aamir Khan and Amitabh Bachan is made with a humongous budget of 250 crores. The trailer raised the expectations and with a massive worldwide release, the film is expected to break the record of Hindi dubbed version ‘Baahubali 2’ which collected over 400 crores in the Indian market.

On November 29th comes the biggest of the lot. ‘2.0’ starring Rajnikanth and Akshay Kumar and being directed by Shankar, the film is the costliest film made in India as of now with a budget of over 450 crores. The pre-release business of the film crossed 1000 crores and it needs to erase the records of ‘Baahubali’ to be termed as a blockbuster.

Let us see if any of these films break the records of ‘Baahubali 2’ or not. 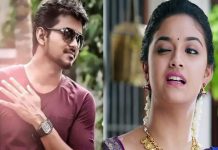 Are Keerthy, Vijay cozying up? 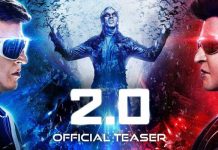 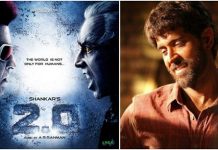 After 2.0,what is the next Directional project for Shankar? 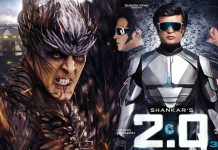 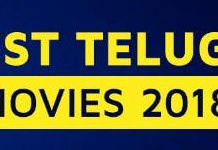 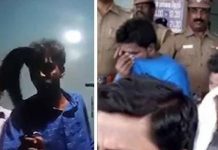 Actor Vijay fan out on bail