Actress Trisha has shifted her focus towards the female oriented flicks these days. After acting in Nayaki, the actress is now busy shooting for yet another female oriented horror flick Mohini. Latest buzz reveals that she is now all set to remake Anushka Sharma’s super hit film NH10 in Tamil.

Directed by Navdeep Singh, NH 10 is a thriller film which deals with the social issues like patriarchy and honour killings that still exists in our society. Anushka Sharma is also one of the producers of this film. It will be an interesting watch to see how Trisha can pull off the gutsy and challenging role. More details are yet to be announced regarding this news. 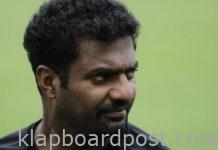 Massive budget for graphics in GPSK