The Mozart of Madras AR Rahman had facetimed with Adnan Sami’sdaughterr Median where the little child accidentally called up the Oscar winner accidentally. The incident has taken the internet by storm calling it the cutest ever. In a reply to Adnan, the 2.0 composer said, ” “Dear Adnan ..her Facetime call fixed my grumpy mood ..thanks Medina ..May the Almighty reward you Generously (sic).” 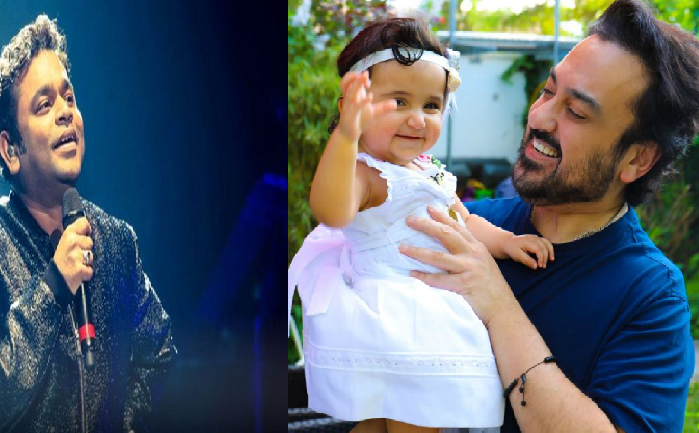 Haha!! Ok… Time to put passwords on all phones & ipads etc… My Little Medina took my phone & ‘FaceTimed’ @arrahman & had a cute chat with him while he was in London recording the score for the film ‘2.0’ @2Point0movie !! He even showed her his studio!! Adorable!💖😂

Dear Adnan ..her Facetime call fixed my grumpy mood ..thanks Medina ..May the Almighty reward you Generously 😊 https://t.co/sQPVdMY6i2

Meanwhile, Rajinikanth’s 2.0 has been making news since its inception. The film is being talked about not just about the cast but also for its gargantuan expenditure on VFX. It is learnt that sensuous Aishwarya Rai Bachchan will be seen in 2.0. According to reports, she won’t be having a full-length role but would appear in a cameo role. Well, if it turns out true it would be a treat for the fans.

Sudheer Babu: Was In Debt For 5 Years

Katrina Kaif: I am having sleepless nights