The YSR Congress Party manifesto Committee had discussed in detail about the various issues that were brought to the notice to the Party President YS Jagan Mohan Reddy during his Praja Sankalpa Yatra. 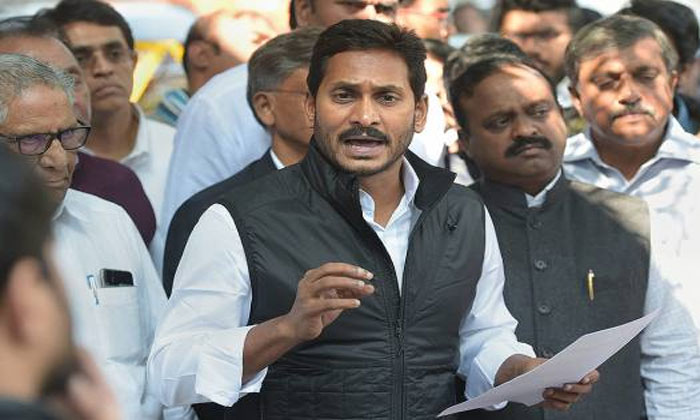 Speaking to media after the meeting, chaired by the Party President, Manifesto Committee Chairman Ummareddy Venkateswarlu said, ‘our leader has said that the issue of tenant farmers should be considered without harming the interests of the landed gentry. Tenant farmers form over 70 % of the farming community and how best our Party can serve them should be taken note of YS Jagan Mohan Reddy told the Committee during the briefing.

The economics and feasibility of all the welfare schemes included in the Navaratnas are being methodically worked out as to how they would be met with. The financial implications and the feasibility are the focal areas of discussion, he said. We will compile all the issues that were brought to the notice during the Padayatra and fit them into the manifesto under the appropriate head in the most feasible manner, he said.

There were numerous local issues that were brought to the notice of the Leader of Opposition during his Padayatra and the information and requests would be thoroughly discussed. The representations given and issues raised will be taken into cognisance while compiling the final draft of the manifesto, he said.

The Committee will be again meet on March 12 at Vijayawada to take the discussion and drafting of the Manifesto further, he said.

Why Kaushal Deserves To Be Bigg Boss Telugu 2 Winner