Trivikram Srinivas’s latest outing Aravinda Sametha Veera Raghava starring Jr NTR and Pooja Hegde has opened to massive response across Telugu states and in the US too. Jr NTR termed a “Collection Baadshah” proves to be right, as the film is setting the cash register ringing. The film was released in the US a day ahead of October 11 and we bring to you the first-day box-office collection of Aravinda Sametha.  As per trade analysts Ramesh Bala, the film has minted Rs 8.30 Crores Gross / Rs 5.73 Crores Share in Nizam / Telangana, while in the US it is the 6th Million Dollar movie for NTR. 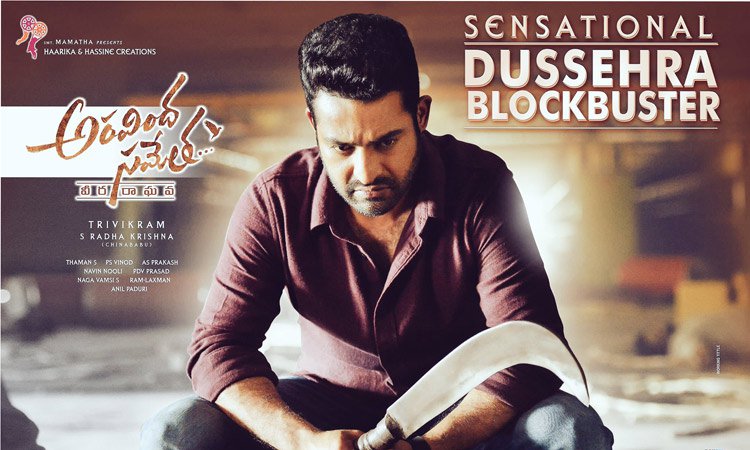 #MillionDollarASVR in #USA – 6th Million Dollar movie for #NTR in #US.. 5th Straight..