Prabhas has become a shining star with Baahubali franchise. It is known fact, he has become a Pan India Sensation and several companies are trying cash his craze with their brands.

The latest report suggests that, A couple of matrimonial websites have approached Baahubali star to be their face. Matrimonial websites are after him to be Brand Ambassador for their sites and they are offering exorbitant amount for him.

He has rejected one endorsement where they have offered an enormous amount of Rs 18 Crore. He made a deal with Mahindra TUV 300 and we have to wait and watch whether Prabhas will make a deal with matrimonial websites.

We already informed, Prabhas family and many of the fans are desperately waiting for his marriage. Prabhas is getting thousands of proposal post-Baahubali franchise. These women are not only from India and they are even from overseas.

Recently, Prabhas uncle Krishnam Raju said they have shortlisted some of the girl names and they are waiting for actor’s nod.

It is known fact that Prabhas has linked with his co-star Anushka Shetty but none of them have turned out to be true. Recently, he refuted the rumors and said they are just good friends. Why Prabhas is not giving nod raised many eyebrows. Only Prabhas can answer it.

On the Professional front, Prabhas will be next seen in Saaho which also features Shraddha Kapoor in the lead role. 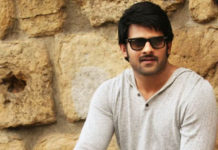