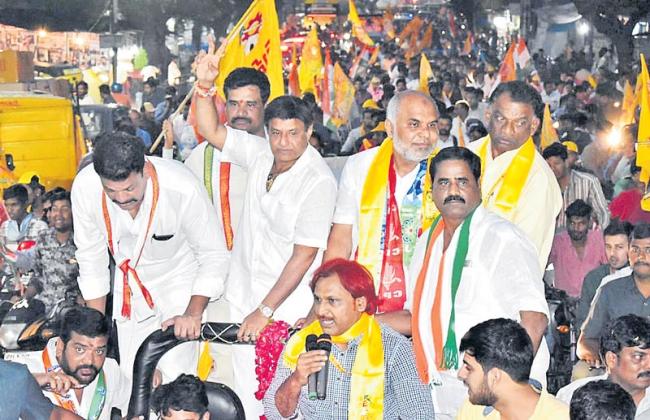 Nandamuri Balakrishna and foot-in-mouth remarks go hand-in-hand. Of late, a clip of actor’s speech, who was campaigning at Kukatpally, has gone viral with Tweeple having a field day, leaving the actor in an embarrassing situation as always.

As per the video, Balkrishna who gives speech in Hindi reciting few lines of ‘Sare Jahan Se Acha’. However, count on him to change the lines and speaking with gaffes which has evoked funny memes and turned a good laughter does e for the public. Have a look at here. This is not the first time the actor had tongue-in-cheek remarks, in fact not only at rally speeches, but during on stage and interviews as well his speeches serve the ourpose of comedy.

Is this Varun Tej new look?