Balakrishna could withstand his seat at the Hindupur constituency by takin on YSRCP wave which had a clean sweep at the concluded Andhra Pradesh elections. This is the second time that Balakrishna has become an MLA. Considering Hindupur to be the home turf of Nandamuri, Balayya has won it easily.

Meanwhile, Balayya took out time on Friday and held an Iftar party to the Muslim community. Considering that it was last Friday of the Ramzan, Balyya made this special gesture. 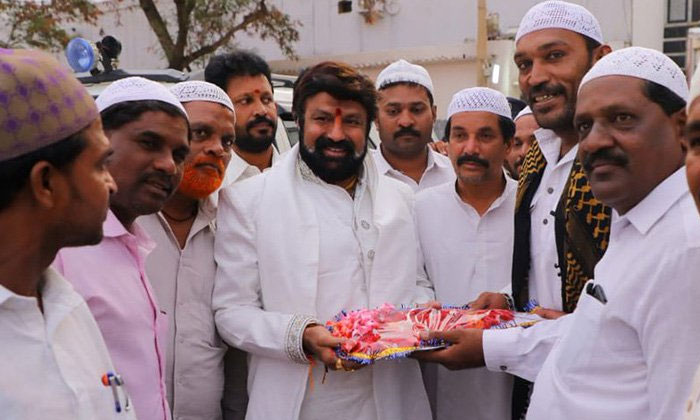 Despite the rain Gods hampered, Balkarihsna continued with the feat. We could also get a glimpse of people coming on with umbrella for Balayaa. rain gods hampered the feast but the people. On the work front, Balayya will be seen in Aditya 999 later this year under the direction of Singeetam Srinivasa.

Allu Arjun in awe of this Ala Vaikunthapurramlo star